Building Your Own World

Remember the sandbox?
All you needed was bare toes in warm sand, and maybe a great bucket.
Then you could build your own world.
~Sark 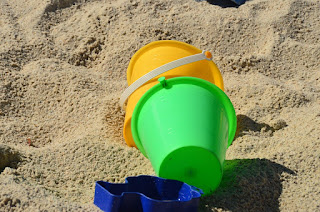 The above quote opened a letter I wrote almost 20 years ago to a dear person in my life. At the time, I wanted to convey to him that despite the turmoil our relationship had been through, I would always consider him a friend, I'd always wish him well, and I hoped to stand witness as he built his own world someday, complete with vibrant joy, laughter, and love.

I said a lot in that letter (I was verbose even then, of course), most of which I won't reveal here. But at the end of it, I asked him to keep a copy of the letter so that "every once in a while, when [he] might not be feeling very good about" himself, he could take it out, reread the letter, and know that he had made a monumental impact on at least one person.

I don't know if he still has the letter, or if he does, if he's ever taken it out and looked at it. I guess I could ask him, but until a few days ago, I didn't think the letter mattered. I thought he'd found his sand and his bucket, and I thought the world he'd built was exactly what he'd envisioned so long ago.

It's funny how we think we know so much about our friends, and sometimes, we know so little.

"Who taught you to share?" he asked as an opener for the conversation.

Tuesday afternoon in my car brought a phone call from him, one that I hadn't been expecting. Most unexpected was the question he posed. Apparently, he'd been reading a bit of my blog.

"Plenty of people taught me to share. My sisters, my children, Tim. You, too."

Our conversation wandered to spouses, siblings, parents and the like, and toward the end of our chat, another unexpected thing happened. He revealed a hard truth about his life at the moment, indicating to me that the world he'd built is not exactly how he'd envisioned it.

I clutched my chest after hearing what he had to say. There I was, sitting 260 miles away with a cell phone to my ear and no way to do anything but say, "I'm sorry." He told me that he "didn't want to talk about it," and out of respect for him, I didn't ask questions. But I wanted to. I wanted to reach out a hand or give him a warm embrace. I wanted to sit next to him, even in silence, just so he'd know I was there. I didn't know what he required, but I know what I would require if our situations were reversed: support from an old friend.

Since that afternoon, I've thought a lot about what he revealed to me. I've toyed with the idea of picking up the phone and pestering him to talk about it. Asking him to open up and divulge his thoughts, good or bad. But I used to know this guy pretty well. He never caved to my demands to open up before, so why would he now?

When I first met him, the world I'd built in the sand had just been washed away. I was young and naive, and yet jaded at the same time. The path I had intended to follow was not the one I was on. I didn't know how to sustain relationships (platonic or romantic) and I often refused to acknowledge my role in the demise of any relationship. Every fiber of my being was wound tight. Something in me needed to change.

And then, he walked in.

I don't intend to tell the whole story here (maybe it will come out in a book someday). But part of what he gave to me at a tough time in my life is simply the gift of friendship. His friendship and subsequent lessons on loving people helped change me into the person I am today. I'll even go so far as to say that I am able to love the people I love today because of my relationship with him. That's a huge statement, right? It is, it really is. And I'm not sure I ever told him or specifically thanked him for all that he did for me.

So while there's not much I can do for him right now--I'm still 260 miles away--I can do this: I can say that he's never, ever, been out of my thoughts for too long. I can say that I've often wished we could live closer to one another. I can say that I miss his wit and charm and humor (thank goodness Tim has so much of that as well), and that I cannot imagine being where I am if I had not met, befriended, and loved this person. I can say that I'm here for him and most of all, I can just say thank you.

I can't wait to see what you build, my friend. 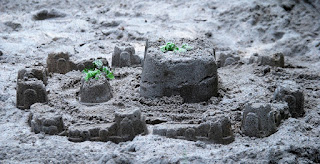 (He probably just rolled his eyes at this post.)

Email ThisBlogThis!Share to TwitterShare to FacebookShare to Pinterest
Labels: #creativewriting, #MondayBlogs, friends and siblings are the best, thoughts for a friend