The powers that be say you should never start a story with the character waking up. I can't remember why. Maybe it's been overdone. Suzanne Collins did it and look at her...she got a three book deal and a four movie deal and is sitting pretty right about now, eh? But here's my beef with a rule like that: first off, it's a rule and rules are made to be broken. Secondly, how you wake up in the morning can really set the tone for the day, maybe even a few days.

Let's take a few Mondays ago now, for example, when I woke up at 4:59 a.m. with a feeling of something warm trickling down the back of my throat. It didn't take me long to understand that the heated liquid was blood. I placed a hand to my nose and stumbled to the bathroom. Large crimson droplets hit the sink and the counter as I flipped on the light with the unpainted hand. I'd missed getting my shirt dirty, but my feet, the bathroom floor, and the carpet in the bedroom had not fared as well. I had, quite simply, a gusher on my hands. 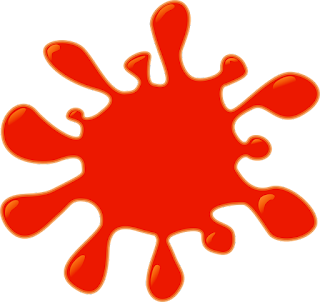 Now, I'm not prone to bloody noses, and I still have no idea what triggered that mess, but bleeding profusely from my nose set the standard for the week. For later that day, my period arrived. I was ready for it, as it was only a day early. But that cycle was one of my messiest yet (and I've been menstruating for a long time). Not to be crude or give you too much information, but again, I had a gusher.

So all week long, I stuck close to home, carried tissues in my pockets and extra tampons in my bag. I changed my habits slightly, to account for what I thought could happen. And that shows you that many actions are clearly influenced by how a person wakes up. The story can change, depending on how that person wakes up. And so I say to you, write what you want, how you want, and just be sure to write it well, my friend.
Posted by Christina at 5:00 AM

Email ThisBlogThis!Share to TwitterShare to FacebookShare to Pinterest
Labels: #amwriting, too much information?

Wondering what has been in your diet as of late? Certain foods and spices may interfere with your clotting factors.

I wondered the same thing, but I didn't have a good enough memory to piece together what I'd eaten! Should it happen again, I'll try to be more aware.