I had the wonderful opportunity to benefit from my writing group the other night. I gave them the first 20 pages of my newest WIP, Just Be. This is the novel that bounced around in my head for ages and then appeared on the pages during NaNoWriMo 2016. It has a long way to go, but my friends enjoyed reading it. They urged me to continue with my revisions. Encouragement like that is always welcome.

Because the characters have been with me for a long time, I know a lot about them. But I think sometimes it is useful to write down the characteristics of these people I hold so dear. So, it's time for another character sketch. This time, it's of Matt Bennet, one of my POV characters. The other main character is Emme McCarthy. She comes up in the list only because of her entanglement with Matt.

Matt is . . .
A 26-year-old male.
About 6'3".
A musician (some would say rocker) who barely earned his HS diploma.
A soccer fanatic.
A man who draws people toward him, whether or not he means to.
A secret keeper.
An all around hardworking person.
A horrible communicator.
A wiseass.
A mediocre son.
A loyal friend.

He has . . .
Thick, light brown hair.
Blue eyes.
Broad shoulders.
Long legs.
A slightly crooked nose.
A smile that makes anyone feel comfortable.
A strong handshake.
A tight back end.
A problem with personal insecurity.
Two best friends, one of whom he hasn't spoken to in too long.

He believes . . .
That while spiders are useful, he doesn't need to get to know them.
That he could learn to communicate better.
That women and men complement one another.
That all humans have the same rights.
That he might like to have children someday.
That almost everything is better when music is involved.
That he can escape the paparazzi every single time they come after him.
That his old friend, Emme, is the most beautiful and loving person he's ever met.
That he made a mistake when he left Emme without a word.
That anything can happen if you want it badly enough.

He doesn't believe . . .
That his parents tried hard enough.
That he deserves forgiveness.
That coincidences are coincidences.
In having sex for the sake of blowing off steam.
That Emme would keep anything from him.
That Emme feels anything for him other than friendship.
That the life you're born into is the life you must stay in.
That he can live in a world without Emme anymore.

He doesn't always see . . .
The reality of every situation.
Just how genuine of a person he is.
The ladies at the grocery store batting their eyelashes.
That his parents did what they could with what they had.
What's right in front of his eyes.

He fears . . .
That someday, the music inside of him will stop.
That when the music stops, he'll be useless.
That the climate is changing and the world needs to care about global warming.
That Emme has moved on.
That he will live a life of loneliness.
That he will never find the time and fortitude to apologize to Emme. 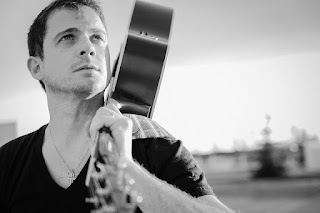 Very thorough :) I want to read about this guy... and I want to know more about Emme!!

This is cool! You've inspired me (as always) to do some of these myself!