To see parts I and II of this story, go here and here.

While the moment seemed to stretch indefinitely, Caroline knew it couldn't have. But during that time, when she stood on the steps of the church, tears staining her face, hands trembling, right after she'd whispered the words she knew Adam didn't want to hear, it was almost as if in the back of her mind, a clock began to tick. "I don't know" wasn't going to hold off Adam for long and he deserved more than that noncommittal answer. Even if he'd toyed with her heart, which she was pretty sure he had done, she didn't want to toy with his.

"What do you mean, you don't know?" Adam's normally olive skin looked stark and drawn under the light of the street lamps. His hands shook as he placed the box back in his pocket and shifted his weight from one leg to the other.

"I..." Caroline wasn't sure what to say and tried again. "I can see it, Adam. I can see us growing old together. I can see the house and the kids and the minivan and everything. But..."

Adam slumped against the stone wall as his breath seemed to leave him. "What do you mean? Don't you think you could have told me you didn't want to get married and have kids? How long have we been going out? I thought we wanted the same things. How did this never come up?"

Caroline sighed at the whine in his voice and leaned back on her heels. She closed her eyes and looked at the vision again. She could see it...the future or an image of what the future was like. But in that picture, she stood to the side, a wan smile on her face, fatigue stretching the skin of her face. And Caroline knew the weariness wasn't just from running around after kids and being tired. She knew in her heart that there was more to the story. Her gut told her so, but she had no evidence to give Adam, and he was all about the evidence.

"I do want to get married. I do want to have kids. It's just..." Her words trailed off and were replaced by the staccato drip of the rain against the slate. 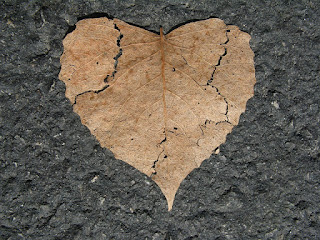 Should she say it? Should she tell him that she didn't want a marriage like the kind her folks had? She didn't want to consistently think about how she could have done better or whether or not a simple conversation would set him off. She didn't want to live together as companions when the true love of her life might be right up the street, or in Oklahoma, or listening to an aria at the Sydney Opera House. She wanted it all, but not with him.

Her hesitation said more than she ever could, and with a blink of his eyes and a twist of his lips, Caroline knew that Adam knew what was in her heart.

His voice quivered. "That's it, isn't it. You want the whole package, but I'm not that package, am I?" Adam's chin fell against his chest and his hands rubbed at the skin of his forehead.

Caroline swallowed back the acid that had risen into her throat. She'd been about to say those words, right? She was going to tell him anyway, so who cared that he figured it out? She hadn't meant to hurt him, but no matter what she said--except yes, of course--the words could hurt.

"Are you sure?" Adam lifted his head again and Caroline could see his dark eyes, glistening with unshed tears. "Are you really sure? I  can give you time, you know."

Caroline didn't think she needed time, but then again, what did she know? Maybe she needed to figure out what she really wanted. What if this was her last chance at a husband and children? She certainly wasn't getting any younger...

"Sure. I'd like some time." She placed her fingers onto his forearm and squeezed. "But you keep the ring for now."

Something that looked like hope flared in Adam's eyes, and for a moment, Caroline felt like running away. From the church, from Adam, from the ring, from her life. She glanced up the street and spied the haze of the rain making halos around the streetlamps. Horns blared, motors rumbled, small groups of people still littered the sidewalks. She could easily get lost among the life in this city. And if she did, maybe she'd feel alive.

"Give me time," she whispered. Then she placed a kiss on his cheek, turned her back to him, and walked away.

I'm loving this story! Very interested to know what she'll end up choosing :)