Caroline knew it was time for them to break up. The words had been written on the wall for months now. Okay, maybe not literally written on the walls, but when each interaction with a supposed loved one took more energy than anything else in your day, it made you stop and think about that relationship. The question she asked herself was, Could she live without him?

She knew what her mother would say, had she been alive. She'd turn that question around and ask Caroline, Could she live with him? Based on her daily life with Adam lately, she'd have to say no.

And that thought caused her stomach to clench and the breath to leave her body. She heaved and fell to the couch, doubling over her knees, with her head in her hands. Caroline didn't know how long she sat there, almost numb from the thought of having to let go of her love, but soon enough, a hand fell on her back.

She looked up at Adam, not caring if he saw the tears that most likely stained her face. Her mouth opened and closed and opened again. She wanted to tell him everything. To rip apart the center of her chest and let all of what she'd been feeling out. But nothing came. She managed to shake her head, and held up a finger in a wait just a second gesture. She closed her eyes and a moment later, felt the edge of the couch depress as Adam sat down next to her. He continued to move his hand in slow circles against her shirt, the skin of her back warming to his touch.

The movement reminded her of the day she and Adam had met, at the door of her second floor Lakeshore View apartment. Her doorbell had rung, and she'd been expecting Leo, her on again/off again/sometimes booty call. So when she opened the door, clothed only in her pink bath towel and having just taken a bite of leftover chocolate cake, she'd been surprised, no shocked really, to see the stranger at her door. She was even more flabbergasted when he said, "Did you leave any cake for me?"

She'd inhaled sharply, aspirating cake crumbs, and dropped to the floor due to the coughing fit. She didn't worry about whether or not the towel had stayed in place. She simply needed to get air. Adam had calmly walked in, covered her naked body, and patted her on the back. Then, he'd moved onto the circles. Slow circles. Just like now.

"Come on Caro...tell me what's wrong." Adam leaned in and pulled her toward his body. She smelled his soap, deodorant, and laundry detergent--all the smells she associated with Adam. Her belly clenched again. But she knew she had to speak to him. 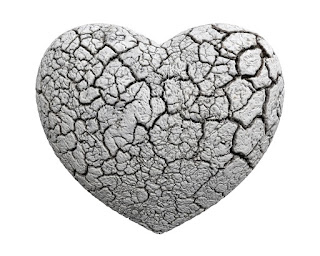 "Really? You have no idea?" She wiggled away from him, toward the other end of the couch. She couldn't be this close him and have this conversation. It was all too much for her. A hiccup escaped her mouth and she covered her lips with her hand.

"Well then, tell me why you're here."

"Great way to change the subject," he started, sighed, and then continued. "I came to see if you wanted to go get some dinner. I found this place over on River Street that I think..."

Caroline didn't listen to the rest of Adam's words. River Street was the area her friend had mentioned. The place where she'd seen Adam with that girl. The one Caroline suspected him of seeing behind her back. He'd been pushing the girl on a swing, her friend said. He'd been smiling. Could he really be so heartless as to take the woman he'd been seeing for three years to dinner close to a place he'd taken someone else, his new interest? What was he thinking?

She moved out of her thoughts to catch the last of Adam's words: "...surprise for you."

What had she missed while she'd been fuming about his actions? She wasn't sure she possessed the courage or the strength to ask him. She simply held out her hand, took his fingers in hers, and squeezed them against her palm.

Email ThisBlogThis!Share to TwitterShare to FacebookShare to Pinterest
Labels: #amwriting, fact or fiction?

I don't have more at the moment. Sorry. I'll get there. But glad you want more. Means I'm back to doing some creative writing.

I want to thank Dr.Agbazara for his job in my family, this is man who left me and the kids for another woman without any good reasons, i was pain and confuse,till one day when i was browsing through the internet with my computer then i saw Dr.Agbazara contact, then i contaced him and he help me cast a reunion spell, since I then the situation has changed, everything is moving well, my husband who left me is now back to his family. reach DR.AGBAZARA TEMPLE via email if you have any relationship problem at: