Rita always knew what to say, how to say it, and when to say it, but as she sat in her car in the parking lot of her local Kroger store ("Right Store, Right Price"), words refused to move from her brain to her mouth.

"What did you say?" Rita asked her brother, Robert, who called her most mornings with a news update. Those updates spanned the gamut: from non-news about current celebrities to the antics of his twin 10-year-old sons, to things that their parents had said to him. Lately, the last category contained preposterous news. "The shit old people say," Robert always said. "Who knew?"

"Yep. She said it. Mom said it. To me. On the phone. Yesterday." Robert's clipped words meant only one thing: he was driving into work, probably surrounded by loads of traffic.

Rita gazed out the window at the fog that hung in the air. She was so tired of the heat and humidity that draped every landscape and just as tired of hearing all the crap her parents said in their old age. "Okay, but just to be clear, can you tell me again? I want to make sure you said what I think you said."

Robert cleared his throat and used his best TV announcer voice. "She said, "I'd divorce him today, but I don't think that's the right thing to do."

The She involved was their mother and the Him was their Dad. Together for 52 not-so-wonderful years, the kids had always wondered why they'd never divorced. But getting married in the mid-1960s was a different time. Now, divorces were a dime a dozen and some marriages didn't even last a day. News of an impending divorce wouldn't have bothered Rita ten years ago. But at this juncture? Dad had been diagnosed with advanced prostate cancer and while no one knew the path he'd take, both she and Robert knew that he would need help, and soon. Divorce wasn't an option, and shame on her mother for even thinking about it. 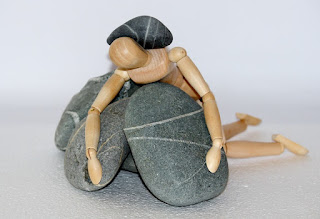 "It's all about her, isn't it?" Rita asked. The question stood as rhetorical. She and Robert always fell back to that same conclusion. Their mother was, in a word, selfish. Always had been and always would be, and no matter what they said, there would be no changes.

"It is about her. Always. But remember, I just report the news. Please don't shoot the messenger."

"As if I could, dude. You know that." Rita shook her head and told Robert she needed to get into the grocery store. "Lots to do today. It's my only day off this week."

But as Rita walked past the avocados and toward the yogurt section of the store, the conversation she'd just had with Robert stuck with her. Had her mother really said she'd divorce Dad? Was she really thinking about it? Rita thought that at least her mother realized that now wasn't the time, but even the sentiment bothered her. If Mom's heart wasn't in the marriage, who was to say she'd take care of Dad properly? To put him first when right now, he needed to be put first.

Thankfully, as Rita rounded the corner of the dairy section, her neighbor came into view. Despite Rita's normal inclination to stay silent and alone, to do her shopping in the solitude she always sought, she found herself grappling for something she couldn't define. Maybe just a quick smile and a hello would allow for the bitterness of her mother's statement to dissipate. She had to try. She lifted her arm and waved wildly at the neighbor and felt a bit of weight lift from her shoulders as the woman waved back.
Posted by Christina at 5:00 AM

Email ThisBlogThis!Share to TwitterShare to FacebookShare to Pinterest
Labels: fact or fiction?, stories inspired by life

Oh man, I'm with Rita... I hate running into people I know in the grocery store! I just want to focus on the food, not chit chat about this or that. Perhaps not the main point of the story, but that's where my mind went.

That's okay if your mind went there. I see so many people at the grocery store--it takes me a long time to do shopping sometimes!