So what's going to give? The teaching? Ha! As much as I teeter on the edge of making that decision to say goodbye (and I say it every year),  I can't give that up. Of course, I can't give the kids up, either. Which means that yes, it's the writing that will be going by the wayside. (Not the anthology, and not anything to do with Literary Mama. Just the blog.) 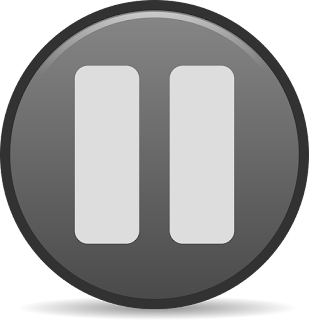 Say it ain't so, right? I know,  I know. I'm shaking my head as I write this post. A post that might be the last one for a while.

And yes, I've said that before, but then words usually need to come screaming out of my fingers and I can't stop. This time, I can stop and I will.

But fear not, dear readers. I have a plan. Unlike someone else who does not have a plan, even though he says he has a plan. I'm telling you--he has no plan. And that no plan thing is not what we want in the White House! I don't care if you like Hillary or not. She's qualified to be there. I've never been her biggest supporter, but next to the egotistical, racist, sexist, liar that Trump is, I'll take her. Plus, she has experience on her side.

But this is not a Tell Me How You Really Feel post. No, this is an I'll see you in a few months post. Because my plan entails writing down the things I think of, but not posting them. Then, I don't have to worry about grammar and such and I won't feel the pressure to put words on this page so that FRN can read them. (Ahem.) I also plan on participating in NaNoWriMo (yes, even though I will then officially have gone off the deep end by taking on even more), and coming back to you at the end of December, right after the semester ends.

Now, just so you know, should anything fabulous happen in my writing life, such as I publish a book or a story, I will post the good news here. But until that happens...

Hiatus this is, goodbye, it is not.
Posted by Christina at 5:00 AM

HA! The plan part totally had me thinking about the dad, not the Donald. But then again as discussed yesterday they are two peas in a pod. LMAO #yesbitch

I will have to make more of an effort to talk to you in order to catch up :)