Sometimes, I just don't know what to say. That's still how I feel, four years after I first started a draft of this post. You see, four years ago on this day, December 14, 2012, Adam Lanza tore through Sandy Hook elementary school and single-handedly managed to cause the deadliest mass shooting at a school in the United States. Prior to the shooting, he'd killed his mother. Afterwards, he killed himself.

I didn't address the shooting four years ago. It was too much for me to take in, I think. At the time, the girls were in fifth grade, Aaron in second grade, and Melina was in preschool. It wasn't as though the incident didn't affect me. It did. Too much, really, but I couldn't quite articulate how I felt about what happened, too many emotions were mixed together. All I could say, if I tried, was that I suffered from overwhelming feelings of sadness and anger.  But in truth, if there was (and is) something I should be long-winded about, it would be an episode like the Sandy Hook shooting.

But then I think, as much as I would have liked to give my two cents about this shooting, there was and still is no way I can do it justice. I can't imagine the pain the families of the victims went through at the time. I can't fathom how they still feel four years later. I can't wrap my mind around anyone who claims the Sandy Hook shooting involves a conspiracy. I don't understand why a young man of 20 years old would even choose to walk into a school and shoot anyone. These kinds of situations are always called senseless, but in my opinion, that term is a misnomer. Yes, these circumstances happen, but even if we're not sure why, there is a reason for why they happen. We just don't know what that reason is until afterwards.

In this case, though, I don't think the authorities ever figured out WHY Adam Lanza did what he did. Despite the fact collection, no one found out his reasoning for the rampage. And I wonder, now, if that's partially why I'm not sure what to say about what happened. 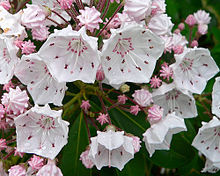 I remember at the time of the initial reports, thinking that I'd support increased security in the schools. And since that time, our schools have changed. When I walk into any one of our community's schools, we have security doors at the front. We need to be buzzed into the office and the entire office staff can see us from head to toe on camera. Prior to Sandy Hook, that wasn't the case.

Safety training has changed, too. When I was a kid, we had two types of drills: one for fire and one for tornado. Now, the kids have different levels of lockdowns and teachers know what to do when an active shooter is in the vicinity. My heart hurts when I think that my kids have to deal with the stress of knowing what to do if someone enters their school with the intent to kill, but I'll be honest. If the schools hadn't heightened security, or balked at training, my heart would hurt even more.

Have I said anything that anyone else hasn't already said? No, I haven't. But I think the one thing I should at least mention is that Lanza shot up the school with a semiautomatic rifle. And you know where I'm going with that. Where and how did he get that gun? According to many sources, including this article by Slate, the guns belonged to Lanza's mother. The woman is dead and I'm not going to  take a trip down the road of berating another parent. We, as parents, have all made our share of mistakes. But guns should not be accessible to minors. Guns should not be so easily bought. I am proponent of the 2nd amendment, but we seriously need some gun reform in this country.

In the meantime, say a prayer for the families of the Sandy Hook shooting as they try to get through their days, and do what you can today to make this world a little bit better place.
Posted by Christina at 5:00 AM