She didn't understand the fuss behind the Happy Holidays/Merry Christmas controversy. For years, people had been shouting out Merry Christmas! to her best friend--a Jew--and he'd never said a word. Just pasted a smile and shouted back, Merry Christmas! "It's the spirit of everything," he'd tell her when she asked if he was annoyed. "They're simply wishing me good vibes. Why should I complain about that?" Why should he indeed? She knew a few folks who would complain. Put the Christ back in Christmas, they'd say. But what about those who simply celebrate secular Christmas? Or Hanukkah? Or a whole host of other winter time holidays? Happy Holidays, she thought, pretty much covered everyone, so she'd be sticking with that phrase, thank you. After all, it wasn't always about her now, was it? 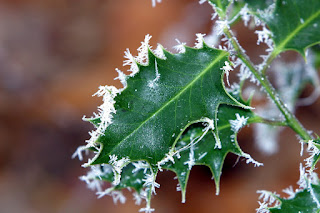 Math had never come easy to her. Never. She'd probably struggled to put two and two together at some point in her life. And here she was, some symbols and shapes in front of her, with a teacher who expected her to prove something. How could she prove that two triangles were congruent? She looked at the examples in the textbook and traced the outline of one of the triangles with her pencil, applying as much pressure as she could to the paper. With little strokes, she moved the tip of the pencil back and forth, causing minute tears that quickly morphed into a rather large gouge. She was never one for hurting a book, but a Geometry text? Yeah, somehow, that didn't quite count as a book. 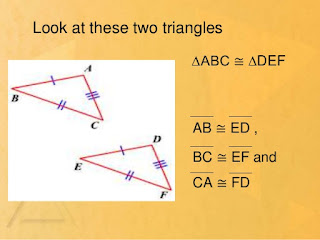 The word your smacked her in the face like her mother did: hard and repeatedly. The man clearly had no idea how to use the words your or you're and as she sat at her desk, proofing the copy, she wanted to do nothing but poke her pencil through her burning eyes. How could he not know the difference between those two words? Even worse, how could he be teaching their children? Shaking her head, she gleefully ran her red pen over the paper again and again. 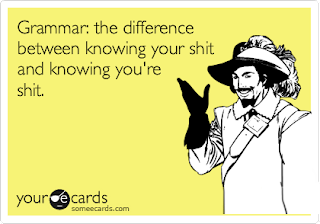 Email ThisBlogThis!Share to TwitterShare to FacebookShare to Pinterest
Labels: deep thoughts, who are these people in my head?