This is the first post encompassing my draft makeovers. I think the date recorded by Blogger indicated that I'd started it sometime in late December, 2012. That seems like a lifetime ago, but as I sat down to read the draft, I realized that while some things have changed since four years ago, much of my life (and the life surrounding me) is still the same. And if I could talk about standards then, I can probably still talk about standards now.

At school, we throw that word and variations of it around quite a bit. We need to have "standards" for the classes, or a "standard" comprehensive exam for everyone. Is the new instructor teaching to the "standards" that the college expects? Standards, standards, standards. We're so worried about them in the business and academic setting, but what about elsewhere?

Well, every once in a while, I think about whether or not I'm living my life up to the standards for which they are set.  And then I think, who sets the standards for living?  And should the standards that apply to me apply to everyone else? I'm sure you know the answer to that one.  All of us are different, so can we really try to set a certain standard for everyone?  Not really.  However, there is something called a moral code, right?  Is that moral code considered a standard for everyone? I would think so. 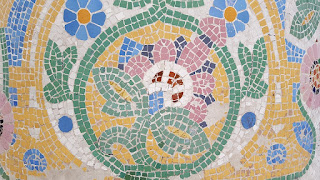 My brain hurts just thinking about the roundabout way I could go on with that line of thinking but lately, I find myself going there more and more. Because when I turn on the news or hop on the internet, and listen to or read about all the awful things that people are doing to one another, I have to think that there are no standards, and apparently, there's no moral code now, either. Do what you want when you want to do it and don't worry about who gets hurt. Furthermore, why not let your vile side show; it's your right, isn't it? And I'm not making that up, either. Go ahead and do a Google search and see how much violence is out there. Doesn't anyone understand that being kind to everyone, regardless of gender, race, religion, country of origin, culture, heck even species, should be the standard?

The thought crosses my mind too often these days and then by blood pressure goes up. All I can do is try to be as kind as possible, teach my children to do the same, and hope that everyone starts to live to a better standard. Bring that moral code back, I say. Maybe I need to make that a goal of mine for 2017. Shoot, maybe you should, too.
Posted by Christina at 5:00 AM