The other day, I posted a link on Facebook to a very informative article about Planned Parenthood and the funding it gets.

Someone I went to high school with--we were never friends, per se--commented. He said he read the article and felt sick to his stomach, which I found odd, considering the word abortion only came up once, in this sentence: "To really understand what federal funds pay for at Planned Parenthood, you first need to know that federal tax dollars don’t pay for abortions."

So what was he sick about? I'm not sure. But I didn't want a battle on my hands, so I felt that my response was pretty innocuous.

This prompted an email from said fellow. He wrote,


Christina, I apologize in advance if my questions are too personal for your comfort, but I feel compelled to ask. Have you abandoned your Catholic/Christian faith? What experience or experiences have you had that have shaped or caused you to turn away from Christ? I'm obviously making some assumptions with these questions, but seeing your posts lately has caused me to raise an eyebrow in both disbelief and curiosity.

First off, let me repeat that I went to high school with this fellow but I knew nothing of him past that until we became Facebook friends. He and I both attended a Catholic school, one that I spent all four years hating due to the hypocrisy that infiltrated the place. The first day I walked into that school, I felt ostracized, and while this isn't the forum to vent my rage, I could. I remember feeling despondent at having to wake up each morning and go to a school that touted Christian values but that instead was filled with people whose actions were anything but Christian. Four years of misery is a tough thing to get past, but I did. And while I didn't forsake my Catholic/Christian faith then, I probably could have.

Secondly, I have never and will never agree with everything the Catholic church has to say. Why? Because the rules and regulations of the Catholic church were not put there by Jesus or God or the Holy Spirit or even Moses. They were put in place by a bunch of dudes way back when. The Ten Commandments? Well, that's another thing altogether. I actually do, for the most part, try to live my life by the Ten Commandments. But here's the thing...I also believe in religious freedom and the freedom from all religions. So I can't impose my beliefs on anyone.

And that gets me to my belief that while yes, an abortion is not something I would choose to do, I cannot, under any circumstances, tell another woman that she cannot have an abortion. My body is not her body. Her body is not my body. I don't live her life and she doesn't live mine. 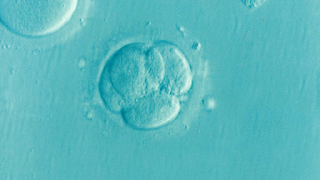 But that belief--a woman should have a choice whether or not to keep a pregnancy--wasn't even the point of the article. And that is why I'm annoyed at my acquaintance's remark. The point of the article was to help people understand that Planned Parenthood is there for so many reasons: namely, they provide preventative care, including testing for STDs and Pap smears. They also provide birth control and educational services, all the things a woman (and man) should have, but things that not everyone has access to unless a place like Planned Parenthood exists.

Now I'm the one making the assumptions here, but if he really read the article with an open mind, wouldn't he have understood exactly what it said? I think he and I will agree to have different views on this subject, and in the meantime, in case you're curious, this was my response to his email:


You can ask away. And right now, I am not sure this answer will be sufficient for you. I have not abandoned my faith. I still follow Jesus Christ but I truly believe that abortion is a personal choice. I would never have one, but I cannot tell a woman what she can do with her own body and I do not think that anyone else can. Furthermore, I have seen what happens when women especially do not have good access to medical care. And despite what you might think, PP and places like it use far more of their dollars for preventative care and education, which is so important for everyone to have.

Abstinence education doesn't work. Even many of the die-hard Christians I know didn't wait to have sex until they were married. They were just lucky enough that their condom didn't break or that the woman was on the pill (and using that birth control shows they didn't subscribe to all of the "laws" of the Church in the first place). They were also lucky enough to have medical insurance. I won't make any assumptions about your family, but it seems to me that you've always had enough money and access to medical insurance such that a place like PP would never be needed. I hope it always is the case.

While I have also been lucky enough to have medical insurance, I know many who have relied on PP for simple preventative care--men and women who will suffer greatly if this place is defunded. We have so many problems in this country, and I believe that my ability to empathize and work for the social justice issues that we see and to help out those in need is exactly what Jesus would want me to do. I suspect we differ greatly in our beliefs, and if I'm making you uncomfortable, then please, feel free to unfriend me. I will understand. I'm allowed to post my views just as much as you're allowed to post yours. I hope you have a great day and wish you and your family well.

Email ThisBlogThis!Share to TwitterShare to FacebookShare to Pinterest
Labels: he thinks I'm going to hell, sex education, this is what I get when a Facebook post gives me an idea

That was a very informative article, and I'm glad you posted it. I've always assumed that the way government funding of planned parenthood is talked about is just a particular political view's spin on the situation. Sadly, because of the political/moral issue surrounding the subject many people see PP's main function as a place for women to get an abortion; which, of course, is not the case. I feel extremely lucky that my home town (in fact, the church I grew up attending) has a Christian run pregnancy center. A group of people who are against abortion, but instead of picketing the local clinic (we have those people in town as well) they spend their time and resources helping women who are pregnant that have no way to take care of themselves or their child. Counseling. Medical care. Helped through the adoption process, if that's their choice. Cribs. Breast pumps. Diapers. Baby cloths. I can respect people's Christian view against abortion when it's backed with love and kindness; a genuine desire to care for fellow human beings should be a higher priority than the law. I wish more people who see abortion as murder would spend their time caring for the scared mother instead of worrying about the legality behind it all. Or worse, campaigning against an organization that is the only health care available to so many people simply because of one thing they happen to do.

Yes, especially to this: "I wish more people who see abortion as murder would spend their time caring for the scared mother instead of worrying about the legality behind it all. Or worse, campaigning against an organization that is the only health care available to so many people simply because of one thing they happen to do."

That is great about your home town! We need more churches like that.

It's one of those things that's always bugged me about this issue. People spouting the belief that abortion is murder because 'all life is sacred' yet devaluing the woman who finds herself pregnant and in need. Sometimes I wonder if abortion stayed legal, but every dime that people put into campaigning against it was used to fund pregnancy centers that did everything but abortions, would the number of women choosing to abort drop? If all the effort and fundraising that went into changing the law went into volunteering at a center that cares for pregnant women, wouldn't that be a more effective way to respect all human life as sacred?