The other day at the library, Melina and I happened upon a book that looked very interesting. Melina is a history lover, and we're always looking for books that might be appropriate for her young eyes. In the juvenile section, we found The Plot to Kill Hitler: Dietrich Bonhoeffer: Pastor, Spy, Unlikely Hero, by Patricia McCormick.

Before Melina could even begin to look at the book, both Aaron and I had devoured it--me within about an hour. The author researched Bonhoeffer's life and used primary sources in many instances to get details correct. Forty pages into the book, I found myself clutching my throat. A letter* that Bonhoeffer, a German citizen, had sent home when he was traveling to the United States made me tear up and realize that here in the United States, some things never change.


The separation of whites from blacks in the southern states really does make a rather shameful impression. In railways that separation extends to even the tiniest details. I found that the cars of the negroes generally look cleaner than the others. It also pleased me when the whites had to crowd into their railway cars while often only a single person was sitting in the entire railway car for negroes. The way the southerners talk about the negroes is simply repugnant, and in this regard the pastors are no better than the others. I still believe that the spiritual songs of the southern negroes represent some of the greatest artistic achievements in America. It is a bit unnerving that in a country with so inordinately many slogans about brotherhood, peace and so on, such things still continue completely uncorrected. 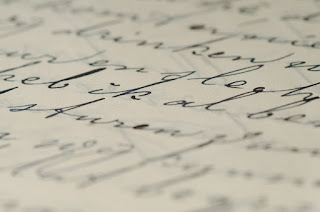 A short time ago, I might have thought we'd made some progress in terms of race relations, but now, I know how much farther we have to go.

Email ThisBlogThis!Share to TwitterShare to FacebookShare to Pinterest
Labels: race relations, things I think about these days, why can't we all get along?