As most of you regulars know, I have a fleece I like to wear. I've described it in another post. It's a Goodwill find that I love, a garment that originally came from Old Navy. Would I have paid full price for it? Probably not. But I didn't have to, it's warm, and ever since I found out that Tara didn't like it, I've worn it more often. Not that she can see me or anything. It's the principle: she doesn't like the fleece, therefore I wear it.

Well, late last week, as I looked for something to put on one morning, I realized that I couldn't find my fleece. I knew that I had washed it, but also knew that I had scads of other sweaters I could use. I thought nothing of the missing fleece and went on my way.

But I thought of it again, yesterday morning, when I wrote my oh-so-lovely poem. That poem might not be a prize winner, but writing it proved to be very useful. After reading it, my lovely sister, Tara, sent me a message. Apparently, she had hijacked my fleece. It was currently hiding itself on a fish. 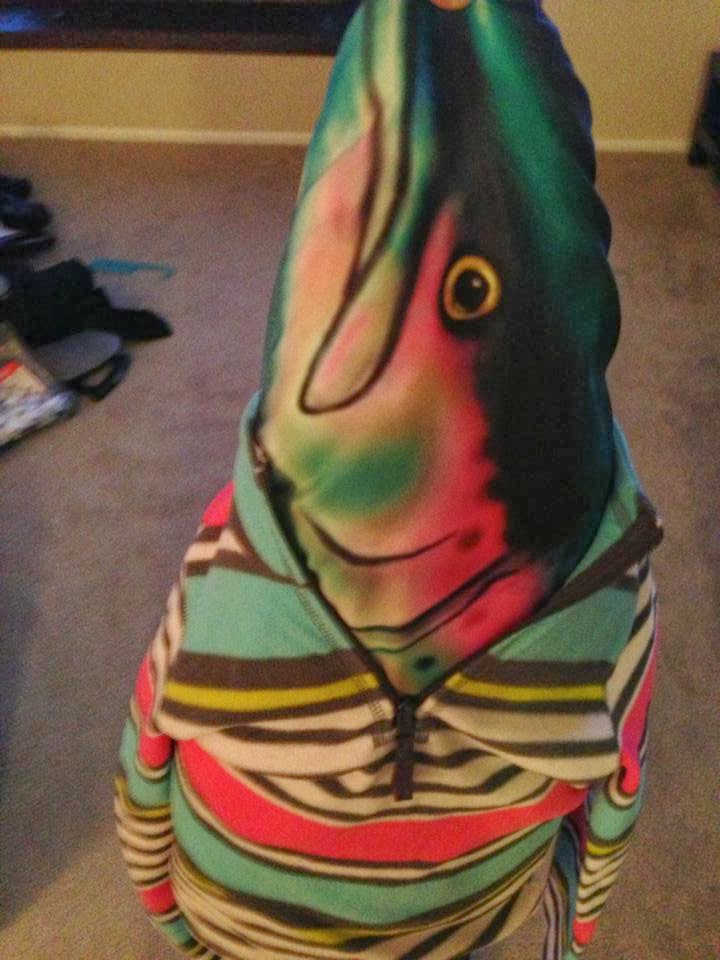 Here's what I came to find out.
Where will the fleece end up? Who knows? It might travel the world. In fact, I think it should. Send the fleece on a journey and see where it might go. I can handle the loss of the fleece, because I have my sights set on something else. That fish. Someday, I will get that fish.

There is a lesson to be learned in all of this: you can't trust anyone, even those from your own body. Even those you grew up with. Even those you thought were your friends. I say this in jest, of course. These were actions well played. Well played, indeed.
Posted by Christina at 6:20 AM