Back in the Saddle with Anatomy

The college called and they need my help. Since this is the same college that said OKAY to my break from teaching, I decided to help them out. So, as of next Tuesday, I'm going back in to work once a week. The first thing I need to teach? The axial skeleton.

For those of you that don't know what the axial skeleton is, please, let me educate you. According to several general texts, "The axial skeleton forms the central axis of the body. It consists of the skull, the vertebral column, the ribs and the sternum or breastbone."

Not so bad, you say, right? But the lab I will be teaching is most likely comprised of students that will go on to nursing school. So telling them that the axial skeleton includes a breastbone is like telling a builder that a house has a roof. Instead, the students will be required to know that the sternum (or breastbone) is composed of three parts, the body, the manubrium, and the xiphoid process. Furthermore, the students will need to know which other parts of the axial skeleton articulate (or form a joint) with the sternum. You can see how the subject gets a little bit more difficult.

And the skull? Well, let me say this: there are so many bones and sutures and nooks and crannies on the skull that most students never knew were there, I'm anticipating mutiny when I pull out the lab manual and lab-grade skeleton. 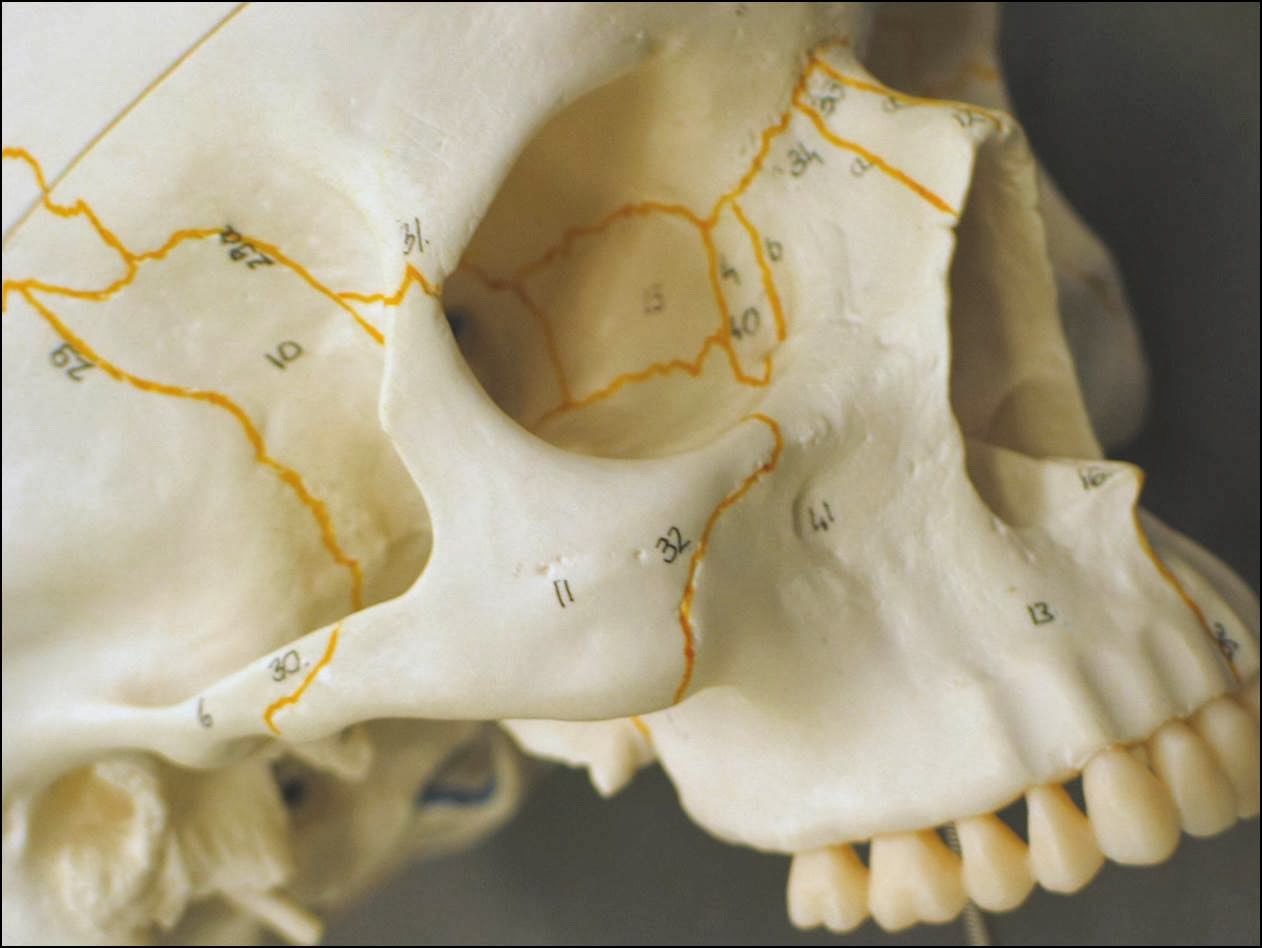 But just wait! There's more. The axial skeleton includes the vertebral column and all its glory. Did you know that we have several different types of vertebra? Well yes, we do! And they have defining characteristics. Did you know that? Can you tell the difference between the vertebra below? 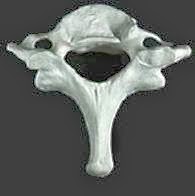 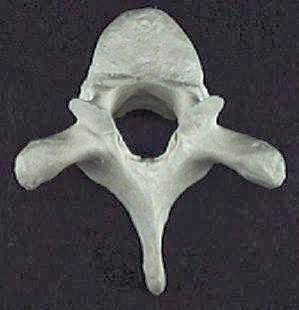 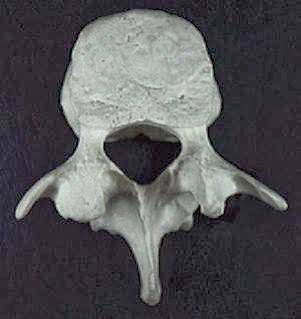 I don't really expect you to be able to do that (although a few of you just might), but the students will need to know how to do it for the exam. And even after I spend a lab period telling them what to look for and all the little tricks to determining which vertebra they are looking at, those same students will glance my way with a film of desperation clouding their eyes, hoping against hope that I'll give them some hint.

And I won't. Because these same students might be working on me someday. And I'd really like for them to know their anatomy.

P.S. When we get to the appendicular skeleton, which includes all the rest of the bones, they need to be able to distinguish left from right. That's where it gets really crazy.

I won't go into how and why they are different,
Posted by Christina at 11:05 AM